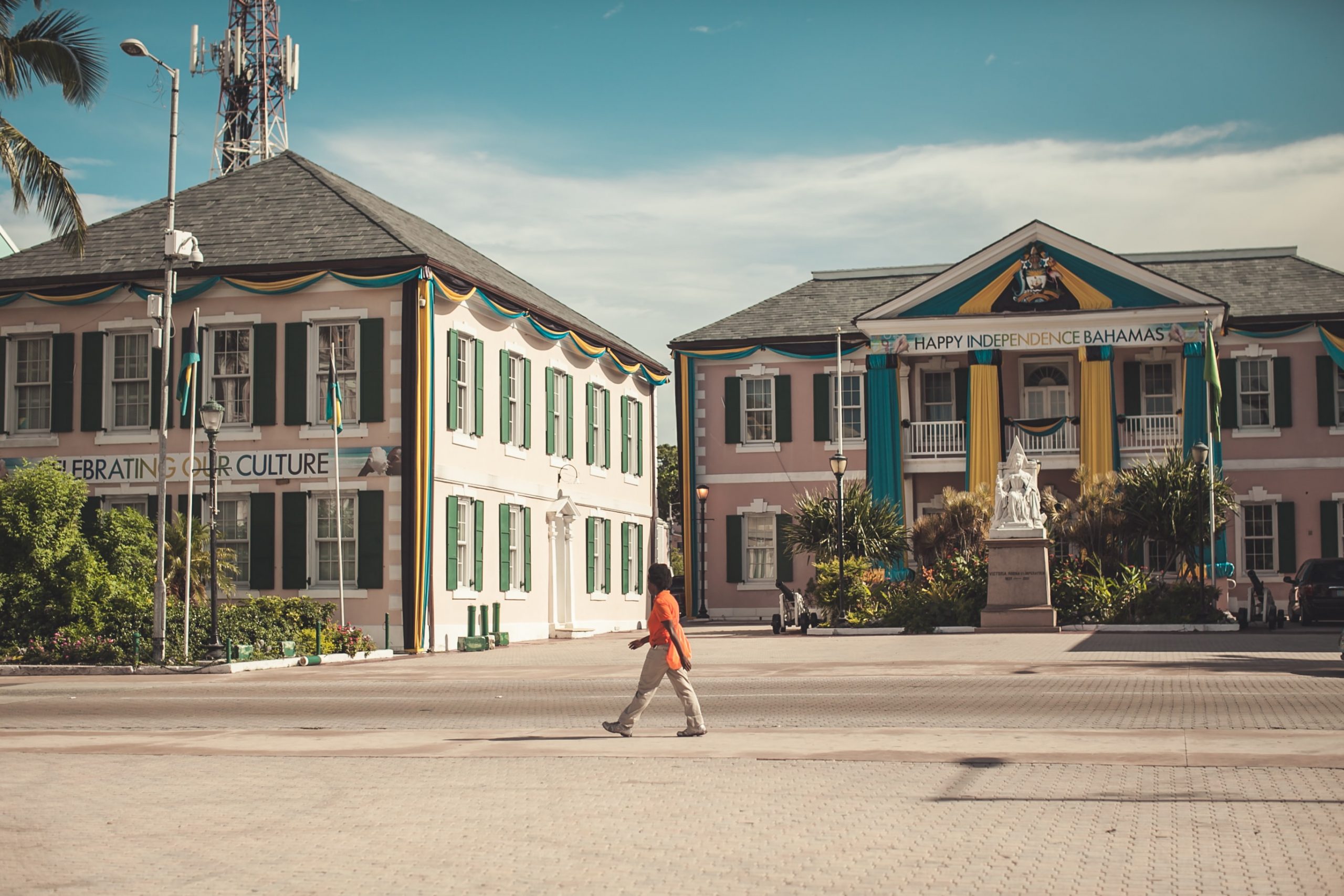 The Bahamas is best known for its sunny weather, pristine white beaches, and clear, turquoise waters. With its rich history and culture, the warm and friendly locals, and many adventures available, it’s no surprise that this tropical environment is a popular destination for tourists and expats looking to relocate to The Bahamas.

But, there’s so much more to this beautiful Caribbean nation. Let’s look at some interesting facts, statistics, and data about The Bahamas.

Facts About The Bahamas’ Culture 7. Known officially as the Commonwealth of The Bahamas, this vacation destination is its own country located in the Atlantic Ocean. This unique country takes up 97% of the Lucayan Archipelago land of the West Indies and makes up 88% of the archipelago’s population (source).

8. The Andros Barrier Reef, just off Andros Island, is the third largest barrier reef in the world and is over 190 miles long (source).

11. The average rainfall in The Bahamas is about 44 inches of rain annually, most of which occurs during summer. Due to prevailing winds coming from the southeast in summer, tropical cyclones and hurricanes threaten from June to November (source).

12. Dean’s Blue Hole, situated on Long Island in The Bahamas, is the deepest blue hole in the entire world. It sits right off the shore and takes a person from knee-deep water to a drop-off of 663 feet. Many world-renown free drivers use this blue hole to attempt world-record dives (source). 14. History from this region dates back to 300 to 400 AD. Adventurers from what is now modern-day Cuba came to The Bahamas and survived on its plethora of ocean food (source).

15. The Lucayan people were noted to settle in this country between 900 and 1500 AD. Their culture included peace and political, social, and religious systems that prospered (source).

16. In 1492, Christopher Columbus arrived in this tropical country to find over 40,000 thriving Lucayans. He described it as “baja mar,” which translates to shallow sea. Unfortunately, the Lucayans died out over the next 25 years due to hardship, disease, and slavery from its new visitors (source).

17. In 1649, English Puritans called The Bahamas home. Formally known as the Eleutheran Adventurers, this group ventured to this group of islands in search of religious freedom. In an uncanny food shortage, the settlers received supplies from the Massachusetts Bay Colony. As a thank-you to the Colony, the settlers sent back tons of wood, which the Colony sold and used the funds to buy the land where Harvard University sits today (source).

18. The Bahamas and its vast 700 islands are well noted to be visited by famous pirates throughout the 1600 and 1700s. Records note visits by Calico Jack, Blackbeard, Mary Read, and Anne Bonny. It’s believed that pirate William Catt buried treasure on Cat Island and Sir Henry Morgan buried treasure throughout multiple islands (source).

19. Buried treasure isn’t the only mythical draw on the islands. The Bahamas has its own sea creature similar to the Loch Ness Monster. An extraordinary creature’s carcass washed ashore in 1896 and started the legend of the Lusca. Tales suggest it’s a 75-foot-long half-octopus, half-shark that lives near the blue holes of Andros (source).

20. In 1964, the British government allowed The Bahamas to self-govern. Through a parliamentary democracy, Roland Symonette was the country’s first Premier (source).

Facts About The Bahamas Flag

21. The Commonwealth of the Bahamas flag was adopted on July 10, 1973. It features a horizontal triband, with its top and bottom bands colored aquamarine. The middle band is gold with a black chevron aligned to its left (source).

22. The gold band represents the shining sun and natural resources. The aquamarine bands represent the water surrounding the country. The black chevron symbolizes the strength and force of the Bahamian people across its vast islands (source).

24. The flag must always be presented with the black chevron symbol to the left. If the chevron is displayed from the viewer’s right or pointing upwards, it signifies distress (source).

25. The Bahamas flag may be used to drape over a coffin for funeral processions. However, the chevron must sit at the head of the coffin, and the flag itself must be removed before lowering the coffin (source).

26. The official currency of The Bahamas is the Bahamian dollar, while the U.S. dollar is still commonly accepted throughout the country. The International Organization for Standardization (ISO) code for this currency is BSD, or B$ (source).

27. The Bahamian dollar was first released in 1966, two years after it became self-governing (source). The Central Bank of the Bahamas issues the following banknotes:

28. The gross domestic product (GDP) for The Bahamas, as reported in 2021, was 11.21 billion dollars. Its economy mainly relies on tourism and international financial services. The latter is highly desirable due to its guaranteed secrecy of all financial transactions and no corporate or income taxes (source). In fact, The Bahamas is considered a tax haven.

29. Tourism accounts for over a third of the country’s gross national product (GNP) and employs more than two-fifths of the workforce. It mainly centers around the Grand Bahama islands and Providence (source).

30. The Bahamian dollar is one-to-one with the U.S. dollar (source). 31. According to 2022 estimations, the population of The Bahamas was 355,608 citizens. The country sees a population growth of about .82% annually, and just over 83% of its people live in urban areas (source).

34. Christianity is widely practiced throughout The Bahamas, and the denominational distribution is Baptists at 34.9%, Anglicans at 13.7%, and Roman Catholics at 12% (source).

Live and Enjoy The Bahamas

Are you inspired to visit – or even move to – The Bahamas? We don’t blame you! The pull of this diverse tropical paradise is strong, and it’s no wonder so many expats call The Bahamas home.

If you already know that you’re ready to make a move and need help finding luxury real estate in The Bahamas, contact us at MCR Bahamas. We can help!

The Ultimate List of Facts & Statistics about The Bahamas